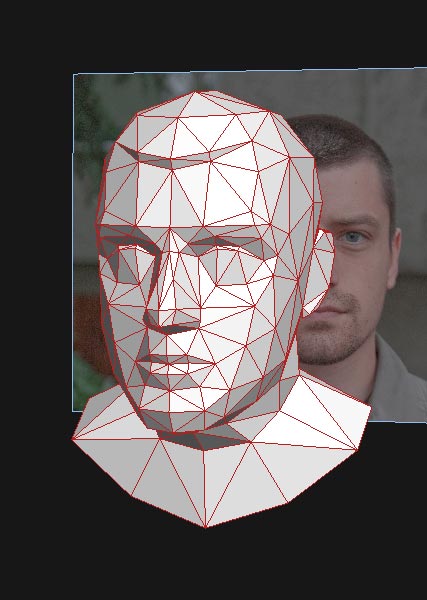 In his recent work “Papercraft Self Portrait”, 3D artist Eric Testrole did something really cool for Halloween. He pixellated his own head!

It was kind of inspired by big-head mode seen in videogames. I really wanted to get the faceted geosphere look with wireframe.

He’s been a character designer in the video game industry for nine years, so this is a case of life now mimicking his art, as his skills having now ‘absorbed’ his very being. Very spooky. Here’s how it happened:

A model was created from a blocky 370 polygons

Texture was added to match his appearance using PhotoShop

The ‘polygons’ are printed, cut & glued together

The finished result is the surreal creation you see prowling the streets in the below Flickr photoset. Hit fullscreen for best effect: