Watch, and be mesmerised:

It’s gotta be a computer program playing this, right?

You might have heard of quantum levitation, AKA the Meissner effect, flux pinning or superconducting magnetic levitation. But if you haven’t had the pleasure, then here’s what the fuss is all about:

When those two magnets are placed on the track and sent swirling in different directions, don’t you wish you could have a go yourself? Just me? I suppose I do bloody love magnets. But I’m not alone in this, however…

A team from the ‘Japan Institute of Science and Technology’ (JIST) have sought to create a table-top game using the principles of quantum levitation at it’s core. Their inspiration? The classic racer wipE’out” on PlayStation.

Although there is some skepticism as to the authenticity of this work (there is no JIST and their video looks too smooth) the proof of concept alone is very cool, and obviously a lot of work has been put into this very clever fake. Take a look for yourself:

If a remake is bringing an old favourite up to date on a modern platform, ‘demaking’ is the act of taking a contemporary form and representing it in a nostalgic or long-lost one.

That’s what Dan Fornace, a digital media major of Drexel University, has pulled off in his demake of Super Smash Brothers (originally released on Nintendo consoles N64, Gamecube and Wii).

He’s taken sprites from much loved characters Mario, Pikachu, Link and Kirby, rebuilt famous environments from their classic handheld games, and created Super Smash Land, a game that looks and feels like it was intended for play on an original Game Boy: in all it’s greyscale, green-tinted, and pixellated glory. Take a look:

Dan has collaborated with chiptune musicians Inversephase and flashygoodness, lending an authentic, 8-bit feel to the game’s action.

What a perfect act of creation: simple, thoughtful and fun. It works better for it’s low-res format, allowing the content to ooze nostalgia of the kind only a fanboy could hope to infuse.

Super Smash Land is available as a free download here. 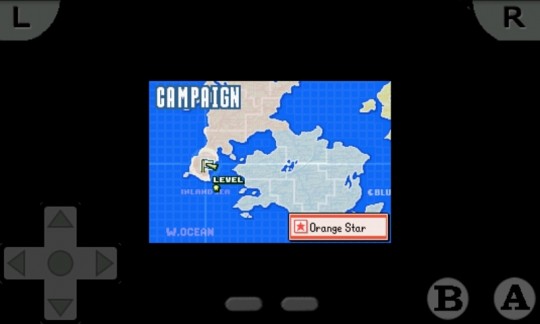 You know how I love my phone like it was a sexy robot from the future? Well check this shit out. It’s also a full-blown GBA emulator, which with its massive AMOLED screen, and dual core processing, makes my Samsung way more awesome than I could possibly have conceived.

This is a screenshot from Tiger GBA running Advance Wars 2, on it’s original resolution (you can upscale but I like to kick it oldshool). The app integrates with a ROM downloader, where one can select ‘backups’ of the games they already own in order to play.

Legal note: it is against the law to download and play ROM backups of games you do not own. So play safe!

This is pretty cool I guess. The idea is that your partner “helps you” to play a video game by letting you snog them in different ways (while you’re looking at a computer screen and therefore not really paying attention).

It’s a bit gross, but it’s still a novel idea, so have a look:

The Kiss Controller interface has two components: a customized headset that functions as a sensor receiver and a magnet that provides sensor input. The user affixes a magnet to his/ her tongue with Fixodent. Magnetic field sensors are attached to the end of the headset and positioned in front of the mouth. As the user moves her tongue, this creates varying magnetic fields that are used to control games.

We demonstrate the Kiss Controller bowling game. One person has a magnet on his/her tongue and the other person wears the headset. While they kiss, the person who has the magnet on his/her tongue, controls the direction and speed of the bowling ball for 20 seconds. The goals of this game are to guide the ball so that it maintains an average position in the center of the alley and to increase the speed of the ball by moving the tongue faster while kissing.

And what’s the point?

I literally do not know. If I were the developers I’d have focused on highlighting their innovative technique to use the tongue as an input device: it’s the most dexterous muscle in the body and it’s use is often one of the few remaining facilities among paralytics.

Can’t this be a remote control for wheelchairs or similar, rather than a Wii Sports ripoff? Come on guys…