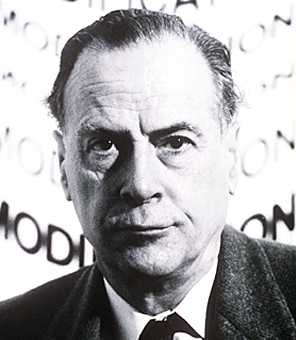 I’ve been in touch with a really interesting bloke called Richard Altman. He’s what I’d call a Digital Activist – in that his strongly opinionated views challenge normative behaviour, and have the potential to cause others to reconsider that which we take for granted. His area of interest: the Web and it’s governance.

I’ll be sharing some of his thoughts in an upcoming post, but for today, we’ll be exploring some of his filmmaking work. Altman and I share a passion for the work of  Marshall McLuhan, and he’s made a short series of thought-provoking films that assess many of his ideas: a perfect jumping off point for those not yet acquainted with the great man.

Be forewarned: these videos aren’t exactly lean-back viewing. Altman has developed a unique presentation style that fuses blazing imagery, dubbed-audio and staccato editing into what would be described as an audiovisual bricolage.

The effect of watching each video is quite close to McLuhan’s own ‘braindump’ writing style, in which he didn’t expound mere theories, but developed probes – aphorisms designed to to stimulate curiosity about one’s subject or environment. This allowed McLuhan, as it does for Altman, to be far less committal in the work presented, yet to encourage the reader/viewer to make up their own mind about what they’ve just experienced.

Try these out, and let me know what you think:

I have an interview with Richard scheduled for publication, so check back in the next few days to read an explanation of the themes and ideas herein, that is, if you’re still left scratching your head!