Earlier this year I blogged the teaser for an upcoming short film by the team at N1ON, which looked like a really interesting work-in-progress.

Yesterday, their film ‘True Skin’ was released to the world, kicking off a bidding war as studios move to capitalise on its unique visual style in a full-length feature, that will most likely build on the short’s basic premise:

A sci-fi short set in the not too distant future where augmentation is the way of life. For Kaye, still a natural, augmenting will help him keep pace in this now hyper-paced world. However, after acquiring an off-market prototype, Kaye quickly finds himself fighting not only for his own humanity, but something much larger.

I think it shows real consideration for the potential for inner-city living in a post-human age. If anywhere is going to end up like a cyberpunk’s wet dream, it’s probably Bangkok. Take a look:

OK sure, the narrative may be a bit weak, but there are enough unexplored little details to engage the mind, and if it ever does get green-lit I’m sure they’ll have their pick of great writers.

My vote would be for Warren Ellis, who gave The City such depth and texture in his series Transmetropolitan that it – at least to me – stands as the most complete vision of  a cyberpunk society to this day.

But in True Skin he may have found a contender.

There’s a scene in Batman #496 – 1993’s Knightfall story arc, supposedly the source material for much of Nolan’s TDKR – where Joker and Scarecrow set about terrorising Gotham through a series of prank calls.

In one panel they’re evading the police in an ice-cream truck, until they reach a toll booth… And that’s when this happens:

OK let’s get this straight.

Do we think the Joker invent cone-ing?

Or at least, reverse cone-ing?

Answers on a postcard, please.

As leaders in computer animation, in terms of box-office takings, technical prowess and industry awards, it’s easy to forget that Pixar’s roots are in traditional animation: the frame by frame progression of a set of still images at speeds that trick the eye into perceiving a single moving image.

But in the Age of Mechanical Reproduction, it’s hard to explain the essentials of what Pixar really do without spoiling some of the magic: as any Behind the Scenes DVD extra will show you, it’s a probably a bunch of sweaty animators slaving over their Wacom tablets for months on end.

So when Disney sought to showcase their acquisition (they bought Pixar back in 2006) in a couple of their resorts, they tasked Pixar with a demonstrating how animation works in a way that keeps the magic in.

What they came up with – a modern re-imagining of the zoetrope – is something to truly surprise and delight.

Take a look at this:

What caught my attention is the point animator Warren Trezevant makes:

Thinking more deeply on this, one could consider the zoetrope’s design as illustrative of one other concept: four dimensional perception.

Unlike traditional screen-based animation, the zoetrope lends observers the ability to see ‘through time’. One can rewind or fast-forward through frames with a slight adjustment in perspective, much like Watchmen’s Dr. Manhattan.

This recalls an essay I wrote applying McLuhanism to comic books, which talks around the medium’s unique ability to force a sort of cognitive leap between the panels of a page (despite speeds far lower than 30 fps).

In comics, the reader’s mind fills in the blanks, making it probably the most effective animator of all. And now that Disney owns Marvel too, perhaps we’ll see more examples of Disney playing around in the fourth dimension.

Cinemetrics is the fascinating result of Frederic Brodbeck‘s bachelor graduation project at The Royal Academy of Art in the Netherlands.

As a graphic designer, Brodbeck is drawn to particular style details, but as a generative coder he’s interested in exploring the role for graphic design in analysing these same details.

He picked the medium of film as his ‘data-set’ and came up with something actually very unique: rather than analysing the meta-data around a film (i.e. from IMDB), he’s using movies themselves.

The project seeks to ‘fingerprint’ films (a bit like the recent moviebarcode site) and turn them into interactive models. The models can be manipulated to allow users to identify differences or trends in the graphics via a sexy looking interface, all of which he’s now open-sourced on GitHub.

Brodbeck defines the project as “an experiment to find out if the data that is inherent in the movie can be used to make something visible that otherwise would remain unnoticed.” It’s a really interesting area for academic inquiry, one which he set out the following goals:

Measuring and visualizing movie data to reveal the characteristics of movies and to create some sort of unique “fingerprint” for them.

Extracting and analyzing information – such as the editing structure, use of colors, speech or motion – and transform them into graphic representations, so that movies can be seen as a whole and easily be interpreted or compared.

Working experimentally and presenting the work both in print and digital media.

A side effect is that the system he’s built is great at comparing films, so as to see differences between originals and remakes; within similar genres; among a string of sequels, similar filmmaking styles or certain directors.

What’s great is the system is actually useful. It’s an infographic engine for film-buffs, and we know how popular those are, don’t we?!

Frederick, I look forward to the sequel!

New ideas can come from anywhere, but are often hardest to find when you’re actually looking for them. However, I believe it’s possible to jumpstart your brain, even under pressure, by applying yourself to a bit of divergent thinking:

Divergent thinking typically occurs in a spontaneous, free-flowing manner, such that many ideas are generated in an emergent cognitive fashion. Many possible solutions are explored in a short amount of time, and unexpected connections are drawn. After the process of divergent thinking has been completed, ideas and information are organized and structured using convergent thinking.

So to help anyone out there who may be stuck for ideas, here’s my list of divergent thought helpers: 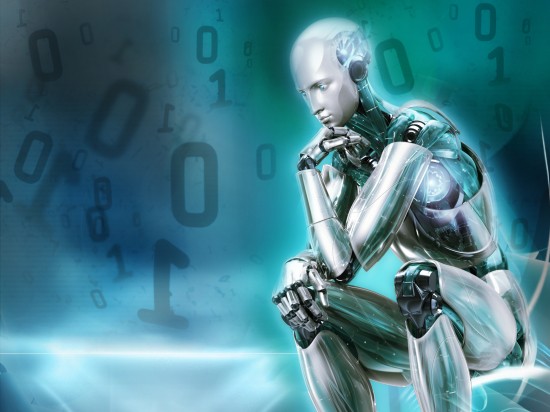 Finally, and it may take more time for ideas to emerge this way, but TED really is an amazing resource for this kind of thing. I recently attended TEDxObserver, after which my head was swimming with ideas.

Can you suggest any of your own?