Shapeways is a growing repository of 3D models for purchase by 3D printing hobbyists, and like everywhere else on the web, they’ve attracted a fair few memes. But none are as inspired as this most recent entry: Success Kid! 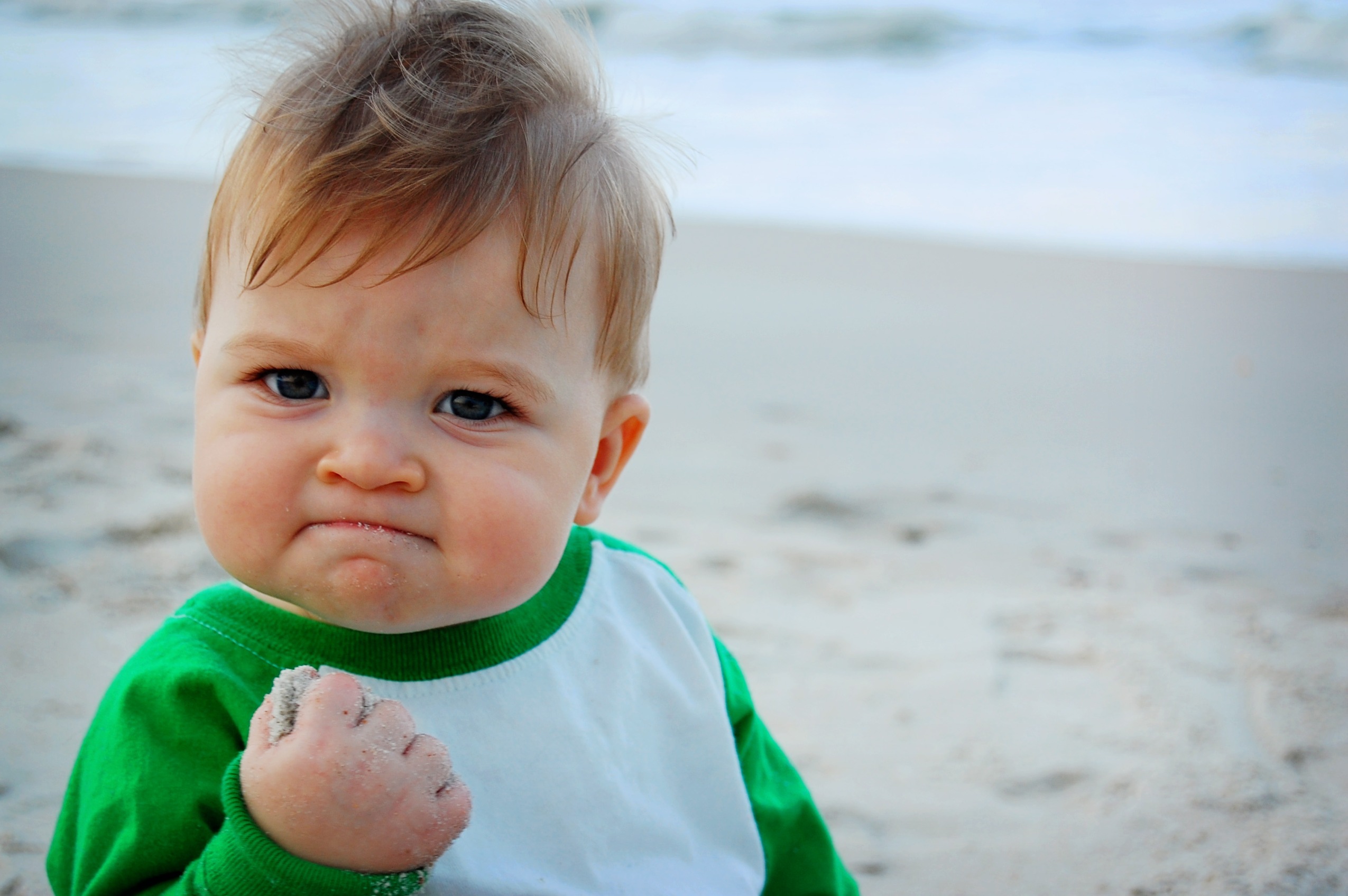 The final output, once 3D printed in full colour sandstone, looks like this: 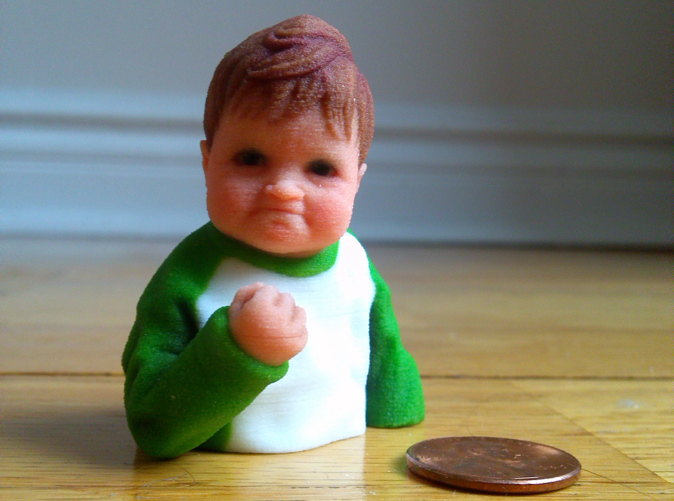 Buy the 3D model from Shapeways for just €12.05, and you’ll find yourself immediately more successful as a person.

Members of the Flickr group Make Something Cool Every Day are making cool things every day, in a social experiment that looks like a lot of fun.

The group’s rules are simple:

ONE upload per day.
Each piece must not have taken longer than a day to make.

So with these in mind, here is a slideshow of their submissions, best viewed fullscreen (but it can take a while to load):

So far the group has attracted 2,972 members, who’ve contributed 33,950 unique creations. That’s 11.4 submissions in total, so it’s evident people aren’t being religious about uploading every day, but what the hell.

What I find really interesting about the group is that there is very little conversation – a lowly 97 comments in total – in the main group discussion forum. All of the chatter is around individual works of art (especially the best stuff) . This tells me that viewers and contributors are far more interested in the content than in the delivery framework. Rightly so, I think.

The lesson to learn here is that despite Flickr enjoying a highly creative user base, it is very hard to engage those users with a campaign idea (and I’m not just talking advertising). Flickr just wasn’t designed for community engagement, as I’ve learned on past advertising campaigns that have used it as a platform.

But that’s OK, because people upload great art to the site every day, and the quality of comments that they do attract far outweigh Facebook’s throwaway commentary and (largely) poor photography, any day of the week.

AR technology grants virtual objects presence in physicality. This is a concept ripe with potential for academic study. Baudrillardian thought states that we would seek to assign these objects similar values to other, real world objects. The School of Economy offers the truth that scarcity creates value. Our physical, tangible world is finite, but The Virtual is infinite. Now, any object in space denies the opportunity for another object to exist there, however we know this not to be true in an Augmented Reality. I proffer that virtual objects taking up space in a finite world hold economic value, but Benjamin might argue against this view.

In his piece The Work of Art in the Age of Mechanical Reproduction (1968) which was written in the thirties, Walter Benjamin argues that film and other ‘reproductive’ media diminished or destroyed the aura that had belonged to earlier art. As Bolter et al. (2006: 24) put it, “Aura belongs to works of art that are unique, as most art was before technologies of mechanical reproduction. Aura is the sense of the ‘here and now’ that each such work possesses because of its history of production and transmission. This uniqueness lends to each painting or sculpture a special quality, which can in turn evoke an attitude of reverence on the part of the viewer”. Benjamin (1968: 222-223) said that:

“We define the aura as the unique phenomenon of a distance, however close it may be. If, while resting on a summer afternoon, you follow with your eyes a mountain range on the horizon or a branch which casts its shadow over you, you experience the aura of those mountains, of that branch.”

In this we see that Benjamin equates Aura with immediacy and the uniqueness of the moment of an artefact’s viewing. Since each moment is unique for each of us, it is economically valuable, auratic even. The information age of perfect digital reproduction does not detract from the personal uniqueness of experiential reality, only diminishes the aura offered by certain mass-produced elements within it. In Benjamin’s time, art was sanctified and extremely auratic. Now, most view classical art as a digital copy or encyclopaedia reference, which embodies little of the aura of the original piece. Travelling to the Louvre offers only the added auratic experience not gained from a home computer, where one’s experience is more like anybody else’s experience of the subject, but visitors must get very close to a works in order to experience what Aura remains there.

Benjamin might say that in a world of perfect digital reproduction, virtual objects can have no Aura. The Magic Lens is not spiritually void, however, and my Reality 2.0 is not a stagnant place. It buzzes with an aura of its own, borne from the uniqueness of each interaction, live and in context. A virtual object can be duplicated infinitely, but its location in space and the immediacy of its presence in that moment that helps shape its unique meaning for every AR denizen. Physicality offers the backdrop to the unique experiences offered by virtuality, indeed, experiential reality is improved through the wider opportunity for unique moments.

Returning to the economics of virtual space, virtual objects cannot hold currency in and of themselves, but the context surrounding them has value. Advertisers could exploit this if they act fast in commercialising AR space. More interesting to me is the potential for unique virtual art objects and sculptures that could hold purely aesthetic value. In this case, interested parties would seek out the object and view its intricacies and movements in the space it was designed to fill. There is much room for spatial enquiry in this field, some of which I will come onto in my next section.